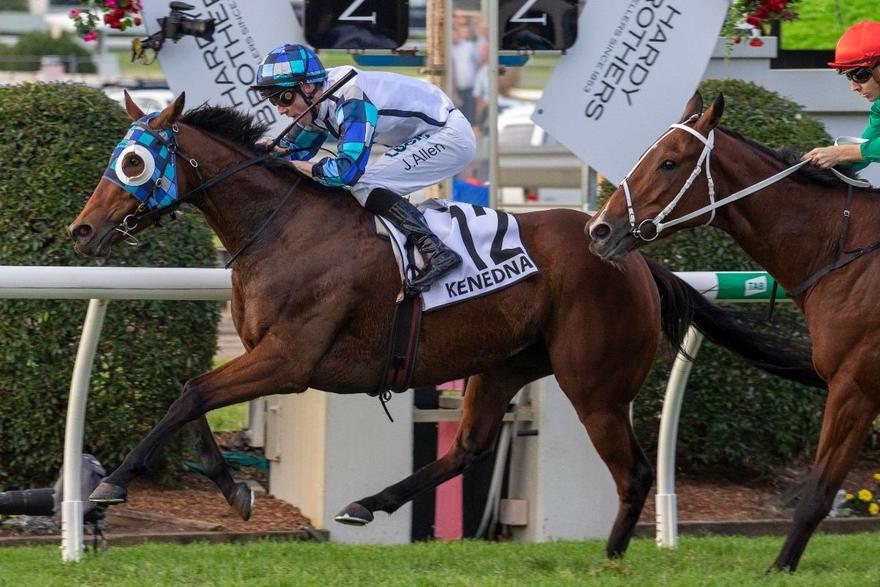 Gutsy mare Kenedna secured a second G1 win in the space of five weeks with a dominant performance in today’s Doomben Cup.

The 5YO has proven herself a mare of the highest order, with today’s race her 18th consecutive at Stakes level.

In that period she has now won twice at G1 level and finished in the placings a further nine times.

Kenedna’s Doomben Cup victory was the 25th G1 win by an Inglis graduate this season, and 16th this year alone.

Co-trainer Maher revealed post-race the ownership group had considered retiring Kenedna  early to become a broodmare but was grateful they chose a different path with her.

“This is a great group of owners, they’ve been supporters of mine for a long time now,’’ Maher said.