Native Soldier puts himself on course for Guineas with Prelude win 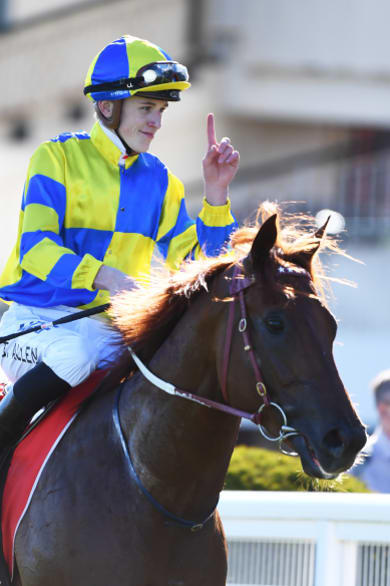 Native Soldier made it two wins from four at Caulfield and two victories in his last three outings when he scooted away with the Guineas Prelude on Sunday, ensuring himself a start in the $2 million colts classic in two weeks time.

Whether the sprinting bred colt - he is by the champion two year old Sepoy, who won a Blue Diamond and a Golden Slipper - will be able to stretch his stamina out to a mile in such a keenly-contested event is the big question, but it's one his trainer, Darren Weir, is game to ask.

''That's the question, isn't it. He would have to do everything right to be able to do it. But it's a pretty good race to be trying in.''

Caulfield clearly suits the three-year-old, who won for the fourth time in nine starts under young rider Ben Allen. It was a welcome tonic for the jockey, who has only recently returned to race riding after nearly a month out with glandular fever.

Native Soldier won the group 3 McNeil Stakes at the track on September 1 but was beaten at Flemington down the straight in the group 2 Danehill Stakes two weeks later - the only disappointing performance he has put in this preparation.