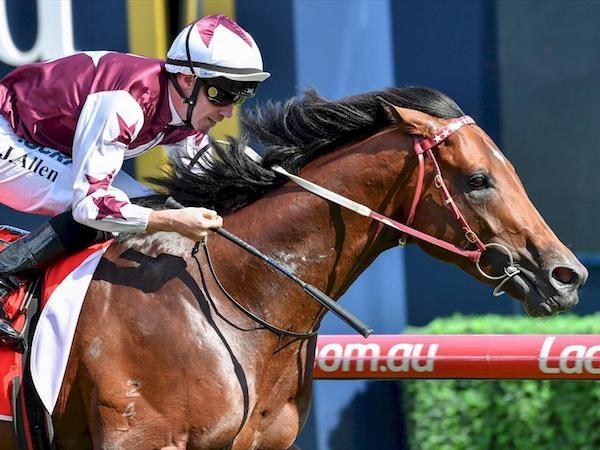 Cliff’s Edge is the new favourite for the Group One Australian Guineas after showing his class with a first-up win in the Manfred Stakes at Caulfield.

The Darren Weir-trained colt was clearly the highest-rated horse in Saturday’s Group Three race for three-year-olds but was having his first start since the spring over 1200m.

With John Allen aboard, Cliff’s Edge ($7) surged through along the rail over the final 200m to win the Manfred by a long neck over Overshare ($13), with Muraaqeb ($6) another short head away third.

Cliff’s Edge moved to $5 favourite for next month’s Australian Guineas (1600m) at Flemington with TAB fixed odds, just ahead of Thousand Guineas winner Aloisia ($6), who defeated Cliff’s Edge in The Vase (2040m) at Moonee Valley during spring.

“He landed in a beautiful spot and he was travelling up well behind them on the corner. He just needed the gap to come and he went back to the inside and won extremely well.

Weir said it was hard to get a good guide on Cliff’s Edge in his track work but said he produced when it counted.