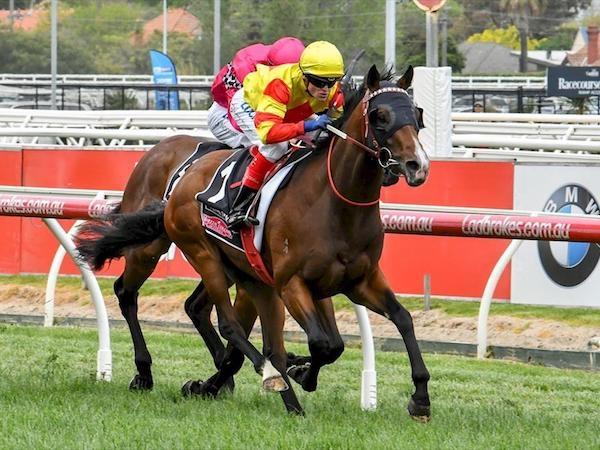 A strong on-pace win by Snitzepeg has set the three-year-old on a path to the Carbine Club Stakes and Sandown Guineas, races won by former stablemate Mahuta.

Trainer Darren Weir is hoping Snitzepeg can emulate the deeds of another of his former top three-year-olds after winning a stakes race at Caulfield.

The Gothic Stakes started a five-race winning streak for Mahuta.

He went on to win the Carbine Club Stakes at Flemington and the Sandown Guineas before heading north to win the Magic Millions Guineas at the Gold Coast.

He returned to Melbourne to win the Autumn Stakes at Caulfield.

Following Saturday’s success, Snitzepeg is also on the Carbine Club Stakes and Sandown Guineas path and Weir said the colt reminds him of Mahuta with a similar racing style of being an on-pace runner.

“He’s on track so far and the way he was on the line I don’t think the mile will be a problem,” Weir said.

“He looked under pressure on straightening but was holding them on the line.”

Ridden by Craig Williams, Snitzepeg ($10) took over soon after straightening before scoring a half-length win from Lord Sundowner ($5.50) with Wassergeist ($21) the same margin away third.

Weir said it was a great result to provide Hong Kong-based owner Peter Law with a stakes win.

“He’s invested a lot of money with the stable,” Weir said.

“I think we’ve had five to race that John Foote picked out for Peter and they’ve all been city winners.”