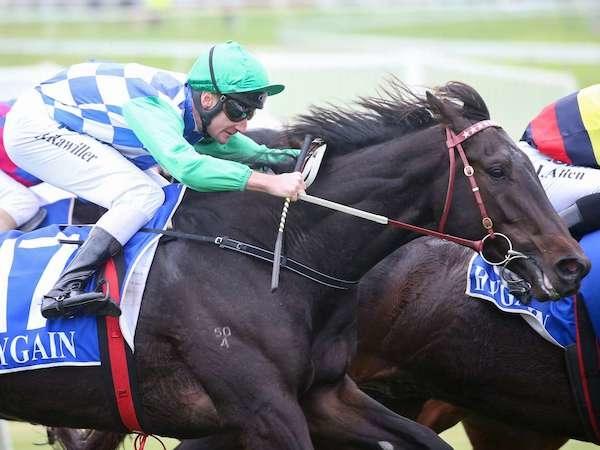 The feature-race bookmakers have certainly taken notice and so too the thoroughbred buyers with owner Gerry Ryan confirming the unbeaten Furrion is quickly becoming the talk of the country.

“There have been offers coming in all around the place to buy him but at this stage, I would like to enjoy having a good horse,” Ryan said.

“They are very hard to come by and this certainly looks like he’s one.”

Ryan has had his share of good horses in the shape of a Melbourne Cup winner in Americain as well as the likes of Signoff and of course Puissance De Lune, who carried with him a similar early boom as must Furrion.

Furrion steps out in town for the first time at Caulfield on Saturday in what shapes as a final run before next month’s Group 1 Queensland Derby – for which he is already one of the favourites.

The son of Camelot only made his debut on April 1 when a winner at Stawell but a subsequent victory at Ballarat was followed by a dominant Warrnambool triumph over 1700m at last week’s Carnival.

Furrion is English but was only a yearling when purchased at the Tattersall’s Sales by bloodstock expert John Foote on behalf of Ryan, who says he has four other European horses purchased as yearlings ‘in the system’, with a view to racing them later this year.

Also purchased at the sale for Ryan was Champs Elysees filly Inspirante, who runs against Furrion for trainer Ciaron Maher on Saturday after two wins from her first four starts.