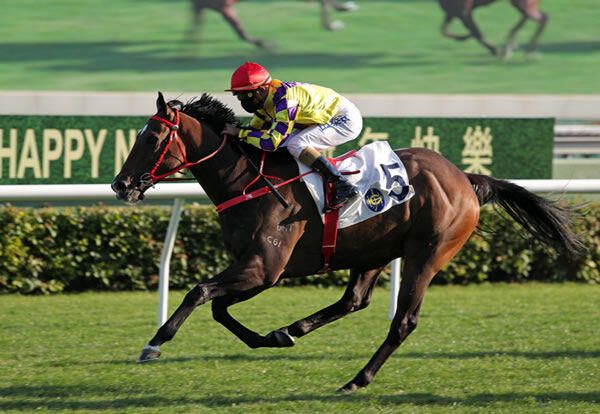 A stakes-winner back in June 2019, Champion’s Way had not won a race since, but recaptured his best form to win by more than a length.

Beaten by Hong Kong banner horse Golden Sixty at his three previous starts, Champion’s Way benefited from his trainer John Size’s decision to bypass international day when he was given a superb ride by Karis Teetan to down the luckless Sky Darci and Mighty Giant.

Size attributed the gelding’s first victory since June 2019 to a drop in class, conceding the five-year-old struggles at elite level.

“I think they’re too strong for him and he’s just wasting his energy,” the Australian trainer said of Champion’s Way’s inability to add to the six victories (from seven starts) he posted in the 2018/19 season.

“At least he’s won another race, which we were hoping to do.

“He’s found Class 1 racing and group racing a little bit difficult for him and today circumstances suited him – the run of the race and track condition – so he was able to do his best.”

A $150,000 Inglis Premier purchase from the Holbrook Thoroughbreds draft for John Foote Bloodstock, Champion’s Way has won seven races and placed five times from 18 starts and was the Champion Griffin in HK for 2018- 2019.

One of 21 stakes-winners by Yarraman Park’s much missed sire Hinchinbrook, Champion’s Way is the best of four winners from winning Redoute’s Choice mare Greta’s Yarn, who comes from the family of Group I winner Signify.

Champion’s Way has an interesting pedigree featuring a double cross of Danehill as well as Lunchtime and Storm Bird.